Improving the world hand in hand.

It only takes a little time...

They help the ill. They strengthen the weak. They support the elderly. They console the mourning. Whether it is in the deserts of Africa or the jungles of South America, the wellbeing of their patients is always their highest priority. The same is true for seca. As a company that is active worldwide, we support their exceptional voluntary commitment with all of our resources. These include donations and relief items for charitable institutions such as Unicef and Red Cross agencies as well as for private projects. We will present a few of these to you here.

Orthopedic surgery for a secure step into the future.

When hundreds of children crowd the quay in Douala, Cameroon with their parents, awaiting the signal to climb the gangway to the big white ship, it’s not the thought of a cruise that makes their hearts beat faster. They eagerly board the M/S Africa Mercy with the hope of operations that can change their lives. Large tumors, cleft lips-palates and, above all, misshapen legs and club feet are being treated on the hospital ship during its current deployment from August 2017 to May 2018.

While similar deformities are prevented or quickly corrected with surgery in rich industrialized countries, good, affordable or free surgical treatment within reach of home is a rarity in developing countries. The aid organization Mercy Ships has committed itself to ensuring that people of these regions have access to free highquality health care on hospital ships. Medical experts, including surgeons, nurses and medical care instructors volunteer their services. So does Stefanie Neeb, physiotherapist and manager of the orthopedic rehabilitation program on board the M/S Africa Mercy. 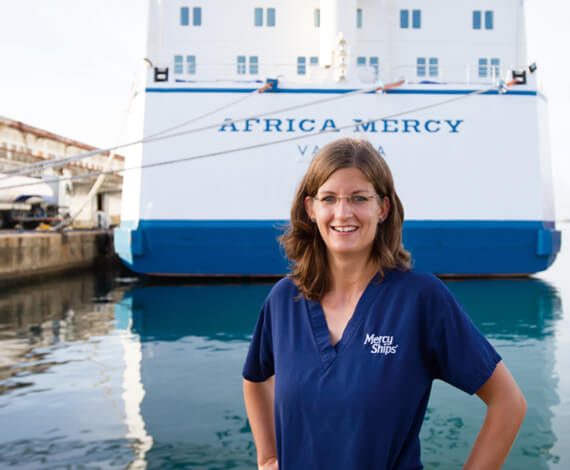 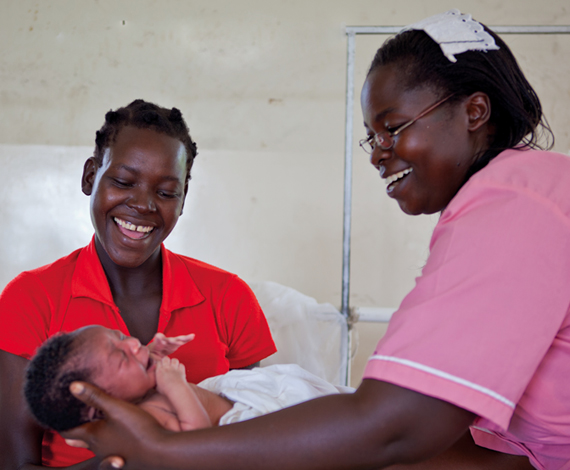 Stand Up for African Mothers

is the average number of prenatal examinations conducted on women in Germany. The baby’s length and weight are calculated and the mother’s blood and urine are analyzed. Parents excitedly observe their baby’s first movements dur-ing an ultrasound test and feel their own pulses quicken when they listen to the fetal heartbeat.

That’s not the way it is in Africa. The average number of pre-natal examinations there is generally zero. In sub-Saharan countries,  70 percent of pregnant women receive no pre-natal care at all.  One in 36 women is at risk of dying during pregnancy or childbirth. In industrialized countries it is one woman in 4,900.

Maternal mortality in this part of Africa, at about 179,000  women  annually, is the highest in the world. The most frequent cause of death is bleeding during childbirth, a complication which could be prevented with care provided by a trained  midwife.

To provide a sustainable solution to this problem, the aid  organization Amref Health Africa trains midwives in its “Stand Up for African Mothers” project. One of the midwives is Esther Madudu. She completed her training in 2010 and now shares her knowledge with the women in her care and midwife trainees.

A newborn’s heart is tiny, about the size of a walnut. Unfortunately, it can also be defective.

Nearly one percent of all children around the world are born with a heart defect. Without treatment, very few have a chance of survival. Since the end of the 1990s, pediatric cardiac surgeon Dr. Andreas Urban has flown twice per year to Eritrea, where he is the last hope for children with heart problems and their parents who fear for the lives of their children.

Eritrea has a population of 6.3 million, about half of whom are children. Life is hard for the North African people who have had to cope with decades of war, recurring droughts and state-mandated duty such as unlimited compulsory military service for men. In the United Nations’ Human Development Index, Eritrea ranks 182 of 187 countries. Insufficient medical care is available, particularly where the littlest ones are concerned. For the 2.6 million boys and girls below 14 years of age, the country has five pediatricians, including a pediatric cardiologist, but no pediatric surgeon and no pediatric cardiac surgeon. One-third of the children are undernourished, a condition which makes them even more susceptible to infection.

In Eritrea about 1.000 children are born with a heart defect every year. Without an operation, death is a certainty except for those few whose defects are diagnosed in time for a life-saving operation to be performed at the International Operation Center for Children in Asmara/Eritrea (IOCCA). 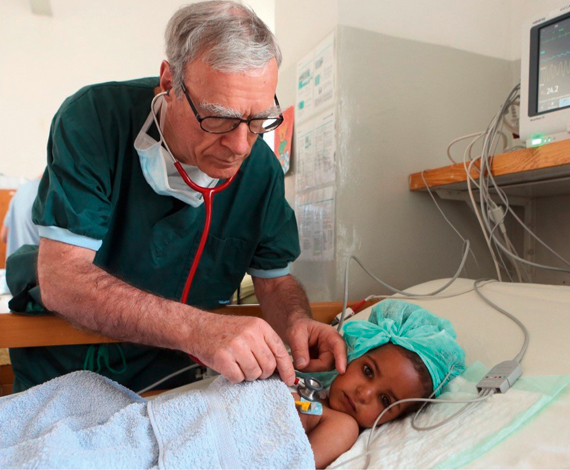 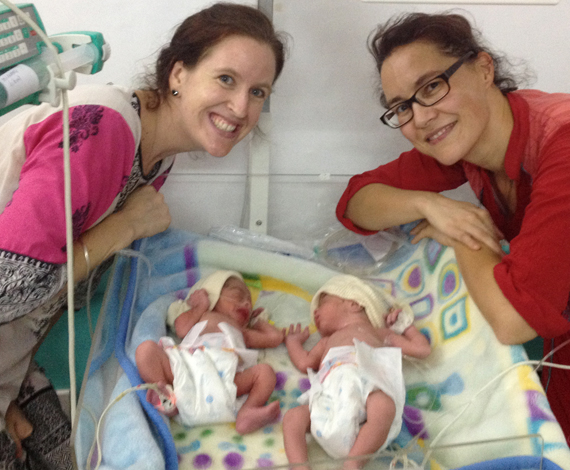 Doctors Without Borders in Pakistan

Vital Help for Mother and Child.

During childbirth the survival of mother and child often depends on a few crucial moves. Midwife Patricia Günther knows them well.

As a little girl Patricia Günther carefully bandaged her dolls. Today her patients are hardly any bigger, but they need her help all the more. The midwife regularly travels for the medical humanitarian organization „Doctors Without Borders“ and most recently went to Pakistan.

The health care system in Pakistan has substantial gaps, especially in conflict zones and in remote regions where it is difficult for women and children to receive appropriate medical care. Consequently, in Pakistan a woman dies almost every hour from pregnancy or birth complications, according to “Doctors Without Borders”.

The aid organization works in several provinces where it operates hospitals and supports local health care facilities by supplying emergency room treatment, assistance with births and pediatric care. “Doctors Without Borders” has set up a women‘s hospital in the city of Peschawar. That was Ms. Günther‘s destination in July 2014.

It was founded in 2008 by Dr. Neuhann-Lorenz and Dr. Marita Eisenmann-Klein, the current president of IPRAS. The WomenforWomen network now includes 90 female specialists from around the world – plastic surgeons, assistant doctors, anesthesiologists, physical therapists and nurses – who regularly help out as volunteers during their vacations.

The organization works primarily in regions where women have very little hope of getting medical care. In addition to easing the women’s physical suffering, pain and serious functional impairments, the medical specialists strive to improve the women’s outward appearance and thus reinforce their self-esteem. WomenforWomen by IPRAS also works to establish local job training programs, such as nurses’ training for patients. 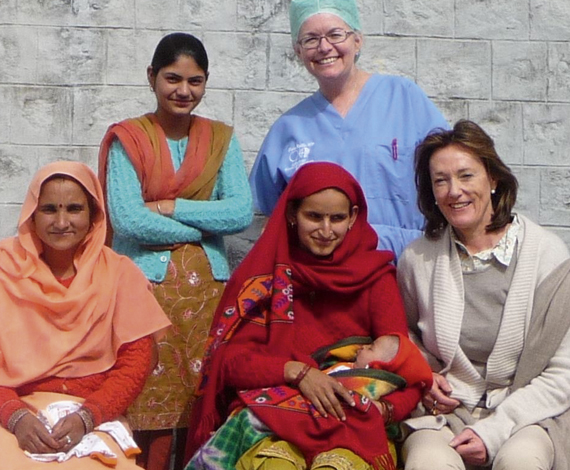 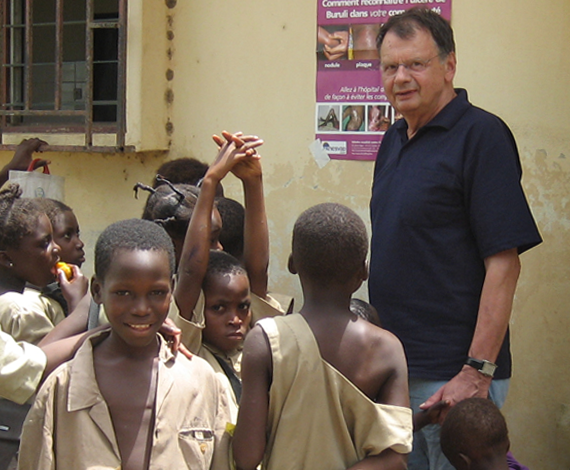 Buruli most frequently affects residents of remote villages, particularly in West Africa. People there are forced to use stagnant water for personal hygiene and laundry and children usually play in the ponds. The disease is triggered by a mycobacteria ulcerans infection, which is carried by water insects indigenous to rural areas. Like leprosy patients, Buruli sufferers are often ostracized. Approximately half of those affected by Buruli ulcer are children below the age of 15 years.

The DAHW works to educate the public and sponsors the training of medical personnel in early detection of Buruli and optimization of surgical and pharmaceutical treatment methods. Mobile health worker teams travel to the remotest villages, look after patients and make sure that the serious cases are directed to the treatment center in Tsévié. Dr. Nitschke gives informational lectures in schools and marketplaces. Since he spent a semester as a medical student in Marseille, he speaks fluent French, the official language in Togo.


Children mean the world for our future. The North German aid organization sponsors an orphanage, a school, and several educational measures in the South Indian village of Myladi. Together with the Hamburg specialist for orthopedics Dr. Jürgen Zippel, the aid organization constructed a children's orthopedic center with a connected rehabilitation center:
The Children’s Orthopaedic Centre (COC).


We participated in a new donation for the COC in December 2010 in order to finance further operations and therapies in this one-of-a-kind offer in South India. A 20-bed station, a children's orthopedic practice, a physiotherapy room, and an orthopedic workshop have been able to be operated successfully there since then.

In 2004 seca was also involved in a similar project of Dr. Jürgen Zippel's via the aid organization in the Indian state of Kerala, where the aid organization has been caring for around 1,500 orphaned, neglected, and disabled children and youths since 1965. Funds were applied to the construction and maintenance of an orthopedic center with a rehabilitation there as well. 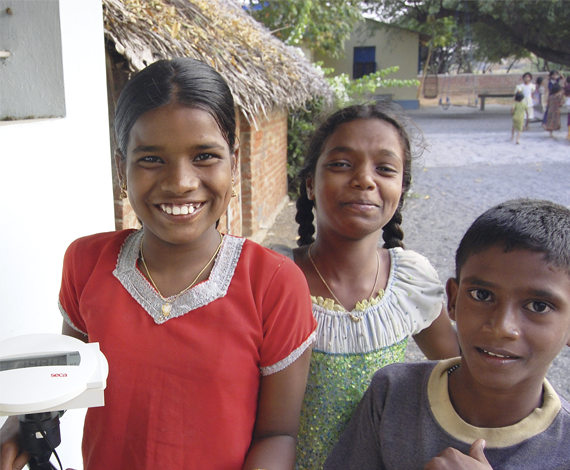 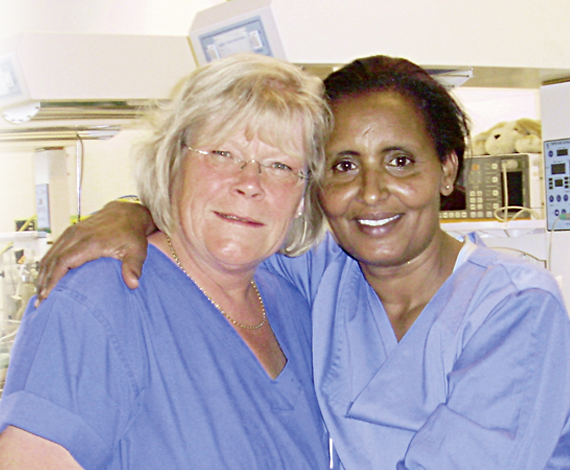 Survival in Eritrea is a challenge right from the very beginning.

In order to increase the chances of survival for premature births, the humanitarian organization "Hammer Forum e.V." has been providing practical aid in an intensive care unit for newborns since 2003: Twice a year a doctor and two nurses from Germany volunteer their services to the neonatal intensive care unit of the Eritrean capital of Asmara. They treat the little patients and train the staff. seca covered all of the costs for flights, accommodation, care, medication, and medical equipment in December 2009.

There is a lot to do at the intensive care unit for burn victims in Tiaz in Yemen.

In November 2005 and December 2011 the aid organization from the Westphalian city of Hamm was pleased to receive two generous donations from seca for children with life-threatening injuries in areas ravaged by war and disasters. The money was used for supplies and special therapies as well as for training physiotherapists on location.

seca would also like to thank all doctors and caregivers who donate their services (often during vacation) in order to keep this humanitarian project running in the long term. 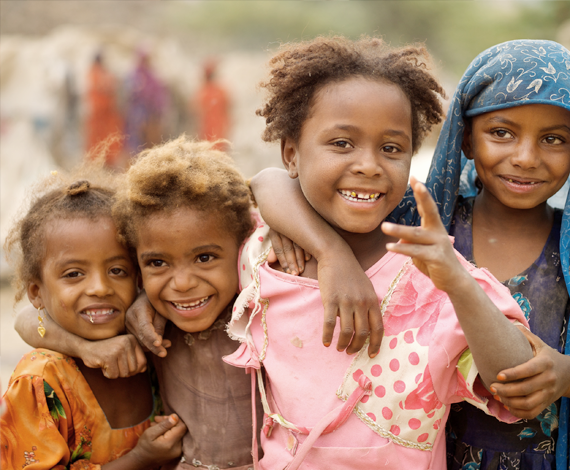 Campaign for a new smile.

There continues to be serious need for medical specialists in the Kingdom of Cambodia since the dictatorial Pol Pot regime nearly eradicated the entire academic elite by the end of the 1970s.

One person who feels a calling to help is the Swiss cleft lip/palate specialist Dr. Katja Schwenzer-Zimmerer. The professor from Basel flies with a German/Swiss team to Kampong Cham twice a year for 14 days. There she operates on children with clefts, giving them the gift of a new smile. In 2008 seca financed the training of Cambodian physicians in the urgently needed specialized field of plastic surgery and reconstructive surgery with an earmarked donation to the aid organization Médecins du Monde (Doctors of the World).

A slum project in the Philippines.

Aid for the poorest of the poor.

In the Philippines there is just one doctor for every 6,570 people,
while in Germany there is one for every 333 people. Even if there is a doctor nearby, many islanders cannot afford medical care.

The organization "Ärzte für die dritte Welt" (German Doctors for Developing Countries) has therefore set up an aid project in the slums. Since 2005 there have always been two German doctors working here as volunteers during their vacation providing care for the poorest of the poor. They treat around 600 children and adults per week together with the native workers. We found this so impressive that we gladly began supporting this project in December 2007. The donation from seca is able to cover the monthly costs for things such as medication, food, ambulances, and the wages of the Philippine workers in the slum. 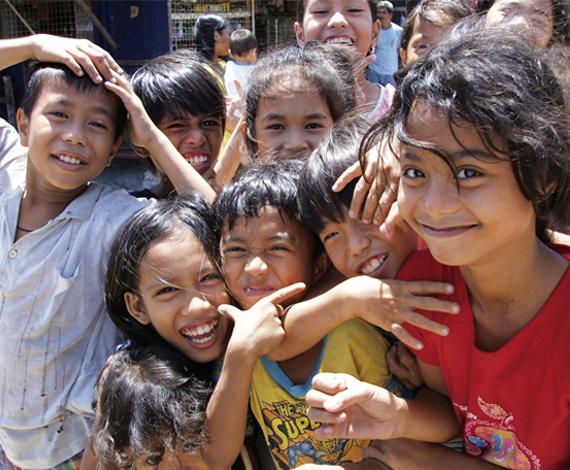 Around 100 of the approximately 800 German members of this humanitarian aid organization are continuously traveling to help people worldwide.

Usually during their vacation periods but always without pay. One example is the former head of the German eye clinic, Dr. Schütte. Today he is operating on patients in Ghana. He was also placed by the "German Rotary Volunteer Doctors“ (GRVD). The non-profit association organizes and coordinates the placement of volunteer doctors, dentists, and physical therapists in developing countries. A donation from seca in 2006 was able to be applied to the costs of the flights of the volunteer doctors to Africa as well as to medical training on location, among other things.